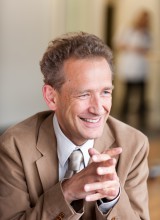 ADRIAN BULT, born 1959, studied Business Administration and Marketing at the University of St.Gallen for Economics and Social Sciences (HSG). From 2002 until 2012 Adrian was member of the Executive Board (COO) and at the same time shareholder of Avaloq Evolution AG. During the years 1997 to 2007 he was Head IT at Telecom PTT and was later member of the top management at Swisscom, first as CIO, then CEO of Swisscom Fixnet and eventually CEO of Swisscom Mobile. From 1984 until 1997 he assumed several sales responsibilities at IBM on a national and international level and was member of the Executive Board at IBM Switzerland.

Today, Adrian is active as an investor and member of several Boards of Directors. He is amongst others Chairman of the Board at Swissgrid and Basler Kantonalbank as well as Board of Directors at Regent Lighting, Alfred Müller AG and since 2015 PARSUMO Capital AG.